Get Drafted! Position Yourself to Win the Race

According to Wikipedia, "drafting" or "slipstreaming" is "a technique where two vehicles or other moving objects are caused to align in a close group, reducing the overall effect of drag due to exploiting the lead object's slipstream." 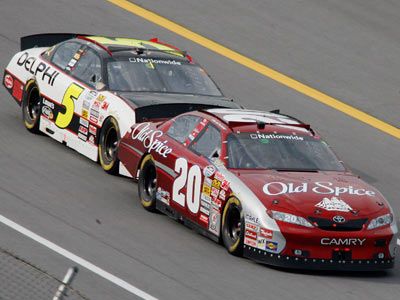 I was meeting with a client and one of his very best employees, who he was struggling with as their relationship had deteriorated. Their work schedules and workloads had significantly expanded over the past year, and rather than continuing the close and trusting relationship they once had, they found themselves challenging each other and were convinced that each was out to get the other.

During our first meeting, the truth about their relationship came out – there was no undercurrent of sabotage – they both were just trying to get the job done, and had lost their trust in the other. When their workload was less, they had many opportunities to meet and talk, at least once, if not several times a week. But now that they were both overwhelmed and their schedules were booked solid, they rarely had time to talk, let alone chat and catch up, which is something that’s absolutely needed in a trusting and productive relationship. This was the basis of their breakdown, and it was something they both guardedly agreed with.

They both exclaimed that every time they went to the other’s cubicle to discuss something, that person was never there, and there was no follow up – almost like there was a deliberate effort to dodge any interaction. However, they both denied that they had acted strangely – only that the other wasn't willing to interact.

My recommendation was, every time one of them went to the other’s cubicle to discuss something, and they were not there, that they should simply place a post-it note on the other person's computer screen. That way, when the person returned, they would know that the other came by and could then reach out and try to connect.

That’s it, that was the only assignment I left them with.

A week later when I returned, they both laughed and admitted that the post-it note idea really worked, because they could see how often the other was trying to connect. In fact, it actually caused them to follow up and find the other so they could talk and discuss their work. Although their relationship would take some time to fully repair, the question of trust had now been removed, and they were now moving forward together, rather than challenging each other and attempting to do things all on their own.

Although I had never used this analogy before, I told them that what they needed to do was draft. I explained what drafting meant and then suggested that when their schedules were less busy, they naturally drafted each other because the manager had the confidence in his ability to lead, and his employee had the confidence that they were following a good leader.

When they drafted, they made good progress and engaged in friendly competition because they trusted each other and shared the burden of the job that needed to be done.

But when their schedules got busy and they lost their trust in each other, rather than running nose-to-tail, they were running side-by-side, and rather than sharing the workload and lessening their burden through communication, they were trying to do it on their own, all the while trying to protect their position. This caused them to do more work, go slower, and always be in a defensive posture.

Now, if they would get back in draft formation (starting communication and trusting each other again), they could cut the resistance and do more work with less effort – and again position themselves to potentially win the race.